So here we are. This week the Blood Sucking Geeks are trying something new. We turned my Saturday night movie selection over to the people. The people wanted Kevin Smith’s 2014 body-horror-comedy flick Tusk. I listened to the people and can only come away with two possible conclusions: a) the people hate me, or b) this was a terrible idea.

Now I try to find something positive in most movies I watch. And I have really tried to like Tusk. After I watched it, I explained the plot to my wife, and found myself actually digging the ridiculousness of the concept. Before I wrote this, I talked with the other Geeks to see what their thoughts were, and I think Big Cat summed it up perfectly, “Just a very stoned dude’s brain that was making himself laugh, but the joke didn’t land for everyone else.”

Tusk is the story of an obnoxious podcaster, Wallace Bryton (Justin Long), who travels to Canada to interview some poor sap who accidentally hacked his leg off with a katana in an internet video. When the interview falls through, Wallace is left scrambling for some material to make the trip up north not a complete bust. He stumbles across an advertisement seeking someone to act as a caretaker for a wheelchair-bound old man with lots of stories in exchange for free living accommodations.

This is how we are introduced to Howard Howe (Michael Parks), an eccentric retired seaman who is confined to a wheelchair and keeps a walrus cock bone (yes, a bone from the cock of a walrus) mounted above his fireplace. Howard tells a story of how he was lost at sea during one of his many adventures and after washing up on a deserted island he befriended a walrus, Mr. Tusk. After being stranded with Mr. Tusk for six months, Howard must resort to murdering his friend for food only to be rescued nearly immediately thereafter. The betrayal of his walrus compadre has haunted Howard all of these years and he is on a mission to transform a human into a walrus in order to relive that relationship, up to and including their final confrontation.

From this point, we watch as Howard mutilates and surgically modifies Wallace into a man-walrus as Wallace’s podcasting partner, Teddy (Haley Joel Osment) and unhappy girlfriend, Ally (Genesis Rodriguez) go in search of their mutual friend. Along the way they enlist a former detective from Quebec, Guy LaPointe (Johnny Depp), who has been a Howard’s trail for years. This all culminates in a walrus vs. walrus fight to the death between Wallace and Howard who has donned a less permanent walrus suit himself.

So yeah. That’s a lot to unpack. And while writing this, I have come to a better understanding of the conflict I feel about this one. Now a story about a crazy dude who wants to literally transform a human being into a walrus through a series of grotesque surgeries, that even include reshaping the bones from his severed legs and attaching them as tusks, sounds just goofy enough to be my type of exploitation flick.

However, Kevin Smith adding in some very Kevin Smith humor just does not work for me. And from the reviews I have read, there really isn’t any middle ground. It either works for you or it doesn’t. I think I would have dug this one if it had been played straight the entire time without acknowledging the absurdity of the entire concept. At almost the exact one hour mark when the complete transformation of Wallace into a walrus is revealed and the character of Guy LaPointe is introduced, what had been to that point a fairly suspenseful movie with a lot of built up dread becomes a different movie due to the abrupt shift in tone to an almost straight comedy.

Now this movie isn’t a full on shit sandwich. There definitely are some really well done bits and some outstanding performances. And of course, I have to recognize the performance that Michael Parks gives. During his first scene with Justin Long, the juxtaposition of the two is staggering. Howard presents himself as refined and well-spoken, while Wallace is portrayed as a crude, obnoxious asshole. Even in a wheelchair, I got a sense of a confident cat toying with an oblivious mouse that doesn’t realize he is totally fucked.

Even during the scenes where Howard is conditioning Wallace to behave as a walrus, as ridiculous as it is, Parks is fun to watch as he truly gives a fantastic performance, fully investing in the role despite the sheer lunacy of the concept. Parks had been acting since the early-60s and fortunately finally found appreciation in some of his later work with David Lynch (Twin Peaks), Robert Rodriguez (From Dusk till Dawn and Planet Terror), Quentin Tarantino (Death Proof, Kill Bill series), and Kevin Smith (Red State and Tusk).

Then there is Johnny Depp, who is credited as Guy LaPointe himself. Smith was able to get Depp to do the role as their kids, who also appear in this as disaffected convenience store clerks and reprise those roles in the follow-up to Tusk, Yoga Hosers, are best friends.

For me, it seems like Depp has been playing variations of the same role ever since Fear and Loathing in Las Vegas. Guy LaPointe seems like just the next character in this trend. Now the scene he shares with Michael Parks showing a previous encounter between the two is a lot of fun as both actors are clearly enjoying themselves playing over-the-top personalities. But for the rest of his scenes, he just really took me out of the movie with his silly accent and prosthetic nose.

The whole concept of Tusk began on the SModcast that Smith does with his producing partner Scott Mosier, where they talked about an advertisement (that turned out to be a prank) for a free room in exchange for dressing as a walrus. From that concept, Smith just started riffing on what kind of movie he could make based on that concept. There is even a clip of Smith discussing what the third act would be that plays over the end credits.

Unfortunately, I think it probably should have ended there. A lot of reviews I read complained about the overall length of the movie, 101 minutes, and that it would have been better served as short or with a reduced run time. And I have to agree. After the big reveal at the hour mark, I found it a true struggle to make it through the final 41 minutes. I did enjoy the final scene where Teddy and Ally visit Wallace at an animal sanctuary for the sheer silliness of it and the single teardrop rolling down Wallace’s walrus face. At that point I think I enjoyed it in the same way the Kevin Smith enjoyed this whole film.

And you know, more power to Kevin Smith. Even though this one wasn’t my cup of tea, he clearly made the movie he wanted to make and it sounds like he had a blast making it. After the debacle that was the distribution controversy behind Red State, I’m glad he’s still making the movies he wants to make.

In interviews, he’s talked about how after his first movies like Clerks, Mallrats, and Chasing Amy, he had no more personal stories to tell and how he wanted to just tell stories like those he enjoyed growing up. He specifically cited Stuart Gordon’s From Beyond and Re-Animator, and John Landis’ An American Werewolf in London, which he refers to as the flick that most directly influenced the style of the movie he was going for with Tusk. This is supposed to be the first part of his True North trilogy, with Yoga Hosers (2016) being the follow-up, and Moose Jaws still to be made.

So there it is. Michael Parks alone is reason enough to watch, and Robert Kurtzman’s effects are pretty neat, but I would expect nothing less from the K in KNB.

I think this is one of those movies that you have to know what you’re getting into. Kevin Smith said he knew Red State would disappoint genre fans because he labeled it as a horror movie, when it really wasn’t, but he said the whole concept struck him as horrifying. The best I can describe how it felt to me was the way I felt after watching the Evil Dead remake. Initially, I was disappointed, but then realized if it had been called anything other than Evil Dead, it would have been a fucking blast. So know what you’re signing up for: a deranged old codger wants to turn a dude into a walrus bestie and there is a gut-punch of a tonal shift two-thirds in. Two stars – check it out!

I don’t think I hate it as much as I did immediately after the credits rolled. I think it misses the mark, but I honestly appreciate anyone who has the cajones to make such an outlandish movie.

User Rating: Be the first one !
Tags
kevin smith tusk 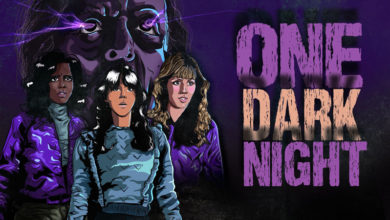 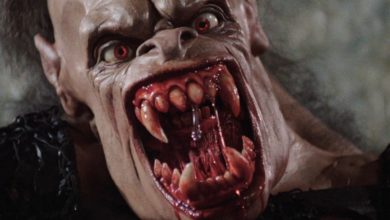