As the last days of summer begin winding down, we’re finally getting close to the fall season, and we all know that means we’re shifting our focus towards all things Halloween!

Beginning in September, Shudder has got us covered with their “61 Days of Halloween,” which is their “Super Bowl combined with Mardi Gras and Christmas.” This year’s festivities officially runs from Sept. 1 to Oct. 31 and will include a new The Last Drive-In special with Joe Bob Briggs and an all-new Ghoul Log! Read here for a full list of entertainment coming from Shudder next month.

But before we get into that, we have one last week of summer, and there are several new releases that might pique your interest. Personally, “The Bridge Curse” looks really creepy and fun, and I’ll definitely be tuning in this week!

About: A psychologist buys an old mansion at a bargain price and asks a colleague and his students to help him fix it up. Things are fine until a cross is removed from a stone door in the basement and Satan himself starts reeking havoc on each person one by one. Their only hope of ever leaving alive or dead is the ghostly resident that built the house.
Original release date: Sept. 28, 1988
Runtime: 89 minutes
Director: Gus Trikonis
Key Cast: Richard Crenna, Joanna Pettet, Andrew Prine
Tomatometer: 30% (audience score)

About: Convinced that her father’s death was not accidental, a beautiful girl decides to investigate to find out the truth, aided by her boyfriend. Her sleuthing draws her to a local mortuary, where many secrets will be revealed.
Original release date: Sept. 2, 1983
Runtime: 91 minutes
Director: Howard Avedis
Key Cast: Mary Beth McDonough, David Wysocki, Bill Paxton
Tomatometer: 29% (audience score)

About: A strange man named Karl Rhamarevich dies shortly after discovering a way to become even more powerful in death through telekinesis. On the night of his burial in a crypt, Julie is to spend the night there as part of an initiation rite, supervised by two other girls. The crypt becomes a scene of horror as Raymar returns to life and deploys his horrifying telekinetic powers, with coffins sliding out and splintering open to release decaying bodies on Raymar’s command. The bodies soon begin to menace the three girls trapped inside. Will they survive the horrific night in the crypt?
Original release date: Jan. 1, 1986
Runtime: 98 minutes
Director: Tom McLoughlin
Key Cast: Meg Tilly, Melissa Newman, Robin Evans
Tomatometer: 42% (audience score)

About: A group of undergraduate students who dare to test the urban legend that anyone who crosses a ghostly bridge – where a women once took her own life – at midnight will find evil awaiting them.
Original release date: Aug. 27, 2020
Runtime: 88 minutes
Director: Lester Hsi
Key Cast: Ning Chang, Cheng Ko, J.C. Lin
Tomatometer: Unlisted

About: A hunter gets bitten by a vampire and runs into a shed to avoid sunlight. Stan, a 17 year old on probation, and his supervisor grandpa live next to it. Stan’s bullied high school buddy can use a monster.
Original release date: Nov. 15, 2019
Runtime: 97 minutes
Director: Frank Sabatella
Key Cast: Jay Jay Warren, Cody Kostro, Sofia Happonen
Tomatometer: 67%

(Editor’s note: We include releases from Netflix, Amazon, Hulu, Shudder and Tubi. If you’d like to see additional streaming channels include, please let us know in the comments below.) 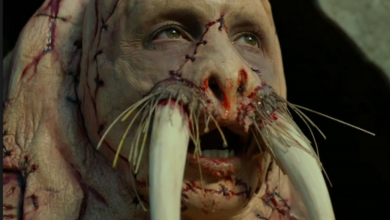 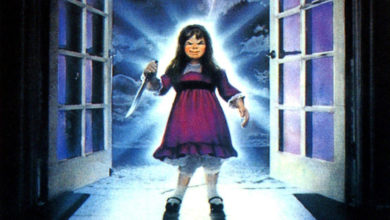 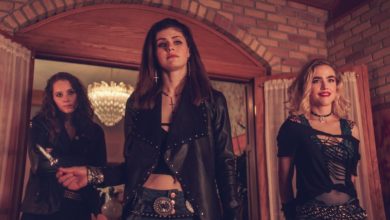