Having sufficiently recovered from the obscene amount of British exploitation films I watched in preparation for our retrospective episode on Hammer, I’m finally getting back in the saddle and tackling one of the best vampire movies from the 80s. That’s right, before he was kidnapping Princess Buttercup and cock-blocking Westley, Humperdinck was terrorizing quiet Suburbia and chompin’ on virgin necks in the 1985 horror/comedy classic Fright Night.

For me the Mount Rushmore of vampire flicks from the 80s is: Near Dark (1987), Lifeforce (1985), Fright Night, and anything other than The Lost Boys (a.k.a. the 80s equivalent of Twilight). That should generate some hate, but fuck it, I’ve never really cared for the movie outside of it being a fun 80s time-capsule. But we’re not here to talk about Kiefer Sutherland and the Corys. No! We’re here to talk about the movie that used effects deemed too scary for Ghostbusters, has a connection to the Menendez Brothers, and has more Ellen tie-ins than you’d expect. So, let’s dig into this one.

Welcome to this fright night…

Jerry Dandridge (Chris Sarandon) moves in next door to high school kid Charlie Brewster (William Ragsdale) and it’s not long after that Charlie witnesses Jerry brandishing some serious dental work and chowing down on some random floozy. Charlie thinks it would be a good idea to report this to the police who, after a quick investigation, realize that Charlie is talking vampires and tell him to pack sand. Charlie then turns to local TV horror host Peter Vincent (Roddy McDowall) for assistance in confronting the blood sucker next door. Along the way Charlie’s girlfriend Amy (Amanda Bearse) and buddy Evil Ed (Stephen Geoffreys) have encounters with Jerry that don’t end too well for them.

Released Aug. 2, 1985 Fright Night was Tom Holland’s directorial debut. Prior to this he had found some success from his screenwriting with such titles as Class of 1984 (1982), Psycho II (1983), and Cloak and Dagger (1984) under his belt. It was while working on that last one that Holland started toying with the idea of a kid whose neighbor is a vampire and how would he let people know without them thinking that he was loco. Owing to his previous track record of success, the head of Columbia Pictures decided to give the 41-year-old screenwriter a shot at making his own film. At the time the studio was more focused on a John Travolta and Jamie Lee Curtis movie called Perfect, and as a result Holland was pretty much left alone to make the movie he wanted without interference. After Fright Night Tom Holland went on to write and direct Child’s Play (1988), an episode of Tales from the Crypt, The Langoliers (1995), and Thinner (1996). These days Holland runs Dead Rabbit Films with David Chackler (who just happens to be the dude who put together Fleetwood Mac, and discovered Queen and 2 Live Crew). Dead Rabbit Films was responsible for the Fright Night remake in 2011.

The cast of this film is top notch. We’ve got actors that cover the whole spectrum from Academy Award winners to folks making their feature film debuts. Hands down, the highlight of the entire flick is Chris Sarandon as the vampire-next-door. Sarandon had won an Oscar for Best Supporting Actor in 1975 for his role in Dog Day Afternoon. His only previous role in horror was in The Sentinel (1977), which was such a terrible experience that he was initially leery of doing another scary movie. However, he enjoyed working with Tom Holland on Fright Night so much that he went on to appear in Child’s Play.  Of course, he is probably best known for The Princess Bride (1987) as Humperdinck and the voice of Jack Skelington in The Nightmare Before Christmas (1993). It was Sarandon’s idea to have Dandridge snacking on apples constantly as he had decided that his character had a lot of fruit bat in him. Fucking actors.

The other big name in Fright Night was Roddy McDowall as the late-night horror host, Peter Vincent – so named as an homage to Peter Cushing and Vincent Price (who the role was originally written for). Tom Holland said that he was having trouble fleshing out his original concept for the story until the Peter Vincent character came to him. Back in those days, the late-night horror host was much more common with folks such as Zacherle, Svengoolie, and Elvira (Joe Bob didn’t begin hosting Drive-In Theater on The Movie Channel until 1987) being a staple in local markets around the country. When the cops won’t believe him, Charlie naturally turns to his local horror guy. Roddy McDowall gained fame for his role in How Green Was My Valley (1941). McDowall was most known for his roles as Cornelius and Caesar in all of the original Planet of the Apes movies. Besides the monkey movies, he also starred in Class of 1984, which Tom Holland had written.

Along with William Ragsdale, Roddy McDowall was the only actor to appear in Fright Night Part 2 (1988), which is where we come to the Menendez Brothers part of our story. Jose Menendez, Erik and Lyle’s father, was head of a subsidiary of Carolco Pictures and was scheduled to have a meeting with McDowall and Tom Holland about a third Fright Night movie. However, he was murdered in 1989 before this meeting could ever take place. The subsequent fallout also had repercussions on the release of Fright Night Part 2 that saw its release severely reduced to only a handful of theaters and squashed thoughts of making it a trilogy.

William Ragsdale hadn’t really done much before this and really didn’t do too much after, except for a few notable exceptions. Ragsdale went on to play Ellen DeGeneres’s boyfriend on Ellen, obviously this was before her character came out of the closet – but we’ll come back to that later because, shockingly, it is relevant. Outside of that role, Ragsdale appeared in such fine films as Romy and Michele: In the Beginning (2005), Big Momma’s House 2 (2006), and Road House 2: Last Call (2006).

Two other notables include Amanda Bearse as Charlie’s girlfriend Amy, who gets seduced by Jerry and begins to undergo a transformation into a vampire herself that included a chest piece that was used to enhance her cleavage. As we all know, if there is one thing vampires have it is fantastic cleavage. Of course, Bearse went on to star in Married…with Children from 1987 through 1997 and even directed 31 episodes of the show. Bearse got started on All My Children from ’82 through ’83 and was also in the teen sex comedy Fraternity Vacation (1985) that also starred Stephen Geoffreys who plays Charlie’s weirdo friend Evil Ed in Fright Night. Geoffreys has definitely made some interesting career choices as after this flick he went on to star in the Robert Englund helmed 976-EVIL (1988), which kept him from participating in Fright Night Part 2. After that one, ol’ boy made some very interesting motion pictures such as Latin Crotch Rockets, Hunk Hotel, Uncut Glory, Butt Blazer, and Halfway House Hunks among quite a few other hardcore gay porno flicks throughout the 90s.

One final guy I want to mention is Jonathan Stark who plays Jerry’s live-in helper Billy. This was Stark’s film debut, and he made a few other flicks, but he really made his mark in television. Stark was the creator and executive producer of According to Jim and even won an Emmy for co-writing “The Puppy Episode” the episode of Ellen that sees her coming out. So one of the folks in this one whose career went a way I would not have suspected.

Back, spawn of Satan!

The effects are pretty awesome too with some highlights being Billy’s death scene when he slowly melts into a puddle of goo and sand and Evil Ed’s transformation into a werewolf. You’d expect nothing else but great work as this is the same effects team that worked on Ghostbusters (1984). In fact, at the end when Jerry transforms into a bat, the model that was used was originally designed for use in the librarian scene in Ghostbusters, but was deemed too horrifying for the movie’s PG rating (that blows me away, but the PG-13 came along less than a month after its release). After a little reworking, the crew was able to use their creature in this one, that is until Roddy McDowall busted it up with a bone.

It had been far too long since I had seen this one. I gotta say that this really holds up and is one hell of a directorial debut from Tom Holland. As I said, Chris Sarandon is just awesome in this as he really brings the humanity to the undead monster. His prior work in theater even paid off while sitting in the makeup chair for the required 8 hours to transform him into full-on vamp as he used his previous makeup experience to assist and even applied the finger extensions himself. Roddy McDowall is a lot of fun too as he goes from a washed-up old actor to actually believing in himself as being one of the vampire hunters he used to portray despite seemingly being on the verge of tears throughout the course of the movie.

Well, there it is. This is a flick that can definitely appeal to those who aren’t hardcore horror fans as everything about this is really well done: the story, the acting, the effects, all of it. And that poster is iconic. It is one of those that I distinctly remember always being there in the local video stores of my childhood. Really fun one, 4.5 bolos – check it out!

Fright Night pulls off the difficult task of blending horror and comedy without coming across as making fun of itself or those who love these types of movies.

User Rating: Be the first one ! 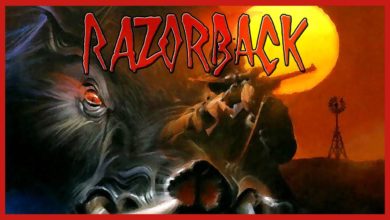 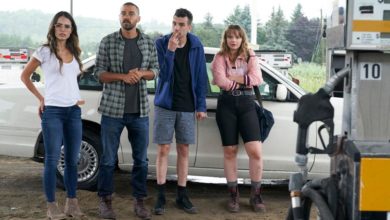